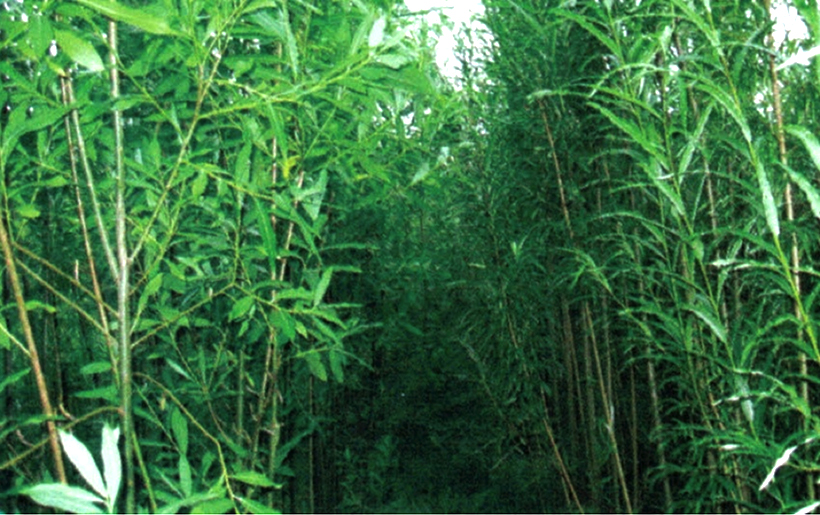 SRC (short rotation coppice) consists of densely planted, high-yielding varieties of either willow or poplar, harvested on a 2 – 5 year cycle, although commonly every 3 years. The osier, a shrub willow, is parental stock to the majority of willow varieties planted for use as an energy crop. SRC is a woody, perennial crop, the rootstock or stools remaining in the ground after harvest with new shoots emerging the following spring. A plantation could be viable for up to 30 years before re-planting becomes necessary, although this depends on the productivity of the stools.

Willow SRC is planted in the spring using planting material produced by specialist breeders and equipment specifically designed for the purpose. The willow will grow rapidly in the first year reaching up to 4m in height. During the winter after planting the stems are cut back to ground level to encourage the growth of multiple stems i.e. coppiced. Generally three years after cutback and again during the winter, the crop is harvested.

The equipment used for harvesting will have been specifically developed for the purpose and depends on the fuel specification of the customer/end-user. Most operations other than planting or harvesting can be completed using conventional farm machinery.

Willow will grow on any suitable soil and will produce up to 15 tons dry matter (0% moisture)/Ha/year - (6 tons/acre/per year). Willow plantations must be at least 3 acres to be mechanically harvested.
The willow should be planted over 2 or 3 seasons to allow for harvesting rotations.

When using willow chip, not only is fossil fuel replaced by Green renewable energy, but the Carbon Dioxide produced in the burning process has already been used up by the plant-in previous growing seasons (Carbon-neutral).

Growing willow trees to produce energy (and even soak up some of our waste products) is the way forward for a country that has one of the World’s most favourable climates for tree and plant growth. 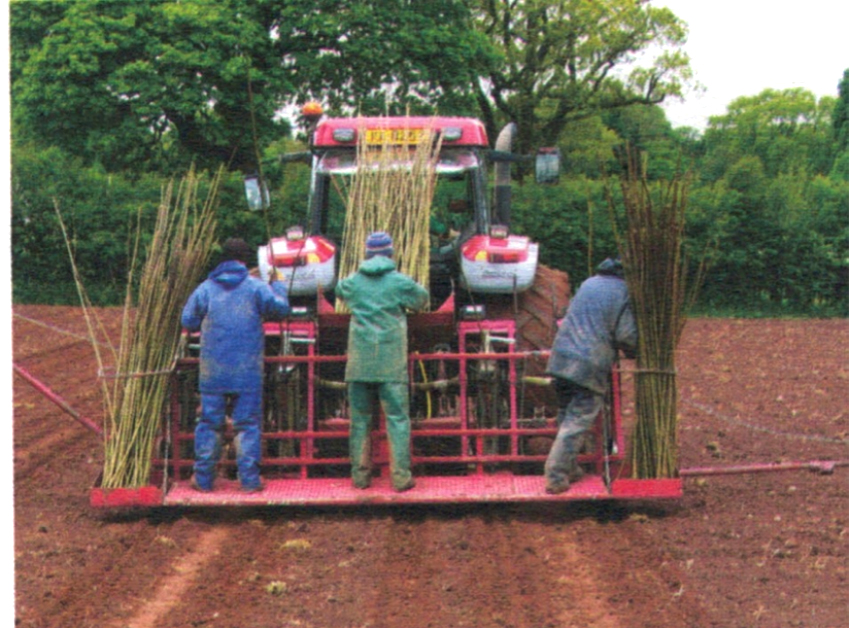 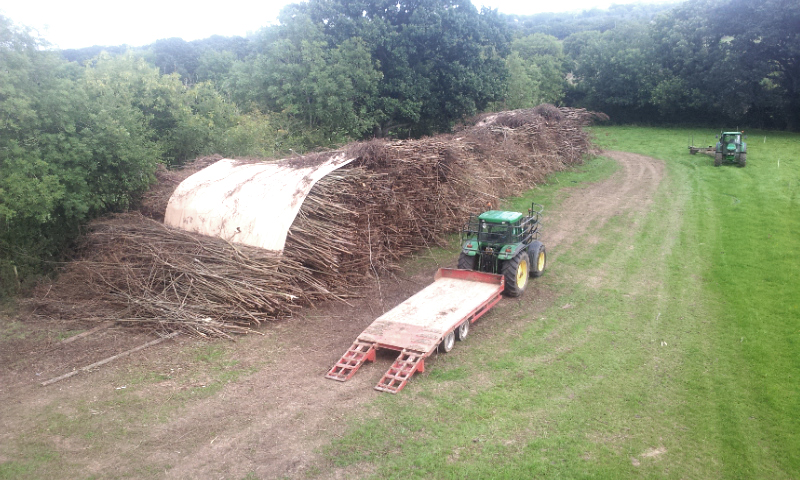 Harvesting is done after leaf-fall in winter using the Stemster willow harvester. The Stemster cuts the willow as a whole-stem and deposits it in large bundles at the field's perimeter to allow natural air drying.

Bundles are left in the field (see image above) or if they are taken to the farm, it is essential to have them supported on logs to let air flow under them and assist the drying proces (see image below)..

Over the summer months the moisture content naturally reduces from 50% at harvest to around 20% by mid September (depending on season) If further moisture reduction is required, it is necessary to house the stacks under a simple roof with a good air flow around it.

A simple chipping operation can then be commenced before supply to end-user (see image below).

Once established, they can be harvested every 3 or 4 years. The willow can produce for up to 30 years before re-planting.

The flexibility of harvesting with the Stemster and the economics of natural air drying are indeed the "Missing Link" in the production of willow chip!! 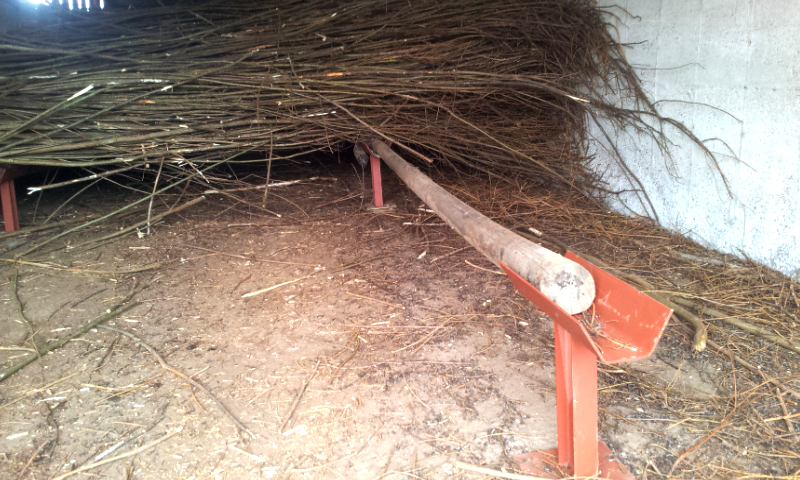 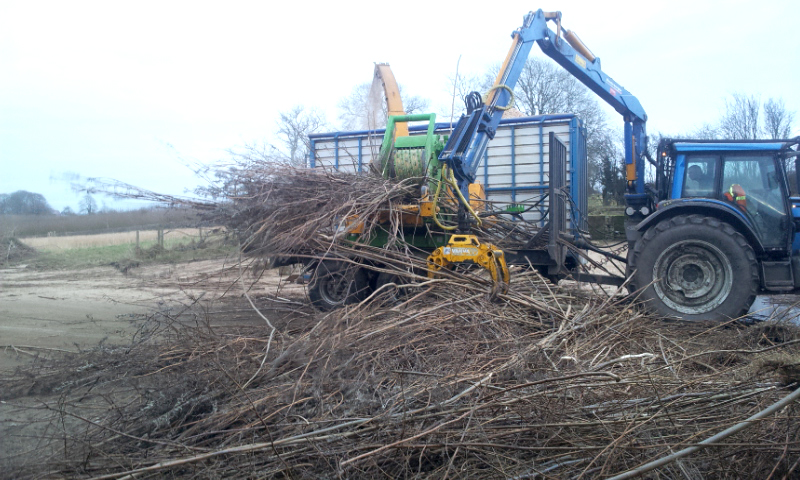